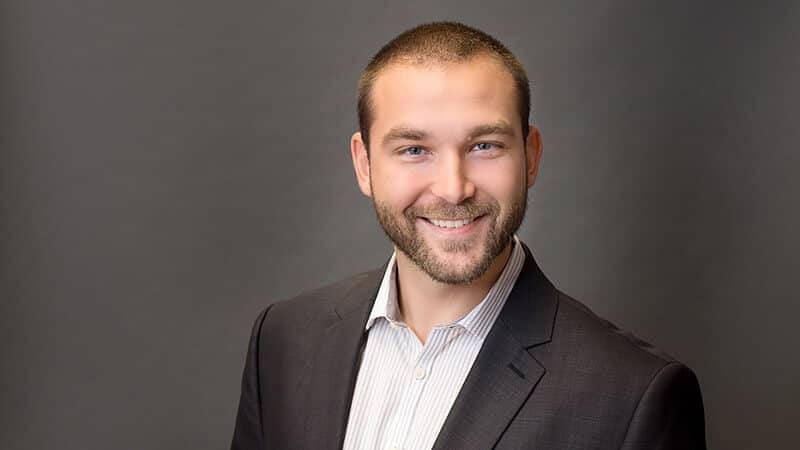 So Kirk, tell me a little about yourself!

I’m from a mixed heritage including the English, Irish, Scottish (meaning they must’ve gotten along at one point) and Italian. I grew up in an average family with two older sisters in Wisconsin, and moved to Florida when I was eight years old. I went to public school and did fairly well, played sports (mostly soccer), read Harry Potter and graduated middle of my class. I went to USF for school and worked at Busch Gardens, and was super indecisive about what I wanted to do when I grew up.

Then at one point I realized most people never do actually grow up – they just start acting like grown-ups! I’ve been doing that ever since and my favorite part has been setting my own bed time, which turns out is the same as my bed time from when I was a kid. I started working security so I could do homework and get paid at the same time, then I moved back to southwest Florida to be with family and started working at Corporate Spending Innovations (now CSI globalVCard) five years ago in our fuel department validating credit applications.

What do you do here at globalVCard?

I work in IT now. I say ‘now’ because I have had quite a few jobs here! globalVCard gives employees a lot of autonomy and freedom here to follow what interests us, and I have made the most of that. My goal here has always been to “be able to work at anyone’s desk” but we keep adding desks! I have had the roles:

Technically I’m the “GPS Support Lead,” but you might not know what that is, so firstly GlobalPaySystems (GPS) is our flagship application that helps customers pay their bills (and more…but keeping it simple here). We are a small and efficient team, so I do a lot of different things in this role – which I love. I act as Tier 2 support for customers, write file adapters to accept customer-specific payment files, help document and scope new features, work with partners on integration, and so much more. It’s great because I get to understand and be an integral part of most new initiatives once they reach the scoping phase. The coolest thing out of all of this (for me) are the integrations. It’s really neat that we are offering up our functionality to third party companies and leveraging theirs. APIs can be extremely powerful, as it allows a business to focus on what they are great at, and in-source the rest without necessarily building it.

What do you love most about globalVCard?

The autonomy provided to employees that show they can handle it. I hear so many stories from friends and family about some of the bone-headed instructions that can get passed down from management. At globalVCard we are encouraged to conceptualize, create, and consult – I wouldn’t be fulfilled if the power to make deals and inform decisions wasn’t where the most information is (at the employee/producer level). Structure is a double-edged sword, and ours is in the “sweet spot” in my opinion.

If you had to describe yourself in five words, what would they be?

If you could live in a book, TV show or movie, what would it be?

Could I just vacation there? If so, AI – Artificial Intelligence. I don’t think I would leave the real world forever for a book, TV show or movie that I have looked at yet. Plus, I like my career at CSI – so we would have to open an office there.

How Would You Survive A Zombie Apocalypse?

I am very prepared for this question. I would like to first clarify that zombies are living dead, so technically survival is guaranteed if you always become a zombie after death verses needing to get bit. So let’s go with ‘How would you continue to have higher brain function through a Zombie Apocalypse?’ because that’s what I think is important anyway.  I’m also going to assume you mean slow zombies, because fast zombies make survival impossible.

First, I would put on as many clothes as I could find – enough to where I couldn’t be bitten through them. (Why zombie survivors never wear PPE is beyond me.) Then, living close to the beach, I would load up my car and get to the closest boat and though I would eventually need to convert it to a sailing vessel, I would travel continually at a low speed while I figure out next steps and attempt to contact other survivors. I would need to learn about my enemy and determine if zombies could swim, or walk on the ocean floor – if they could, I would need protective snare nets and I would do well to never live on an uninhabited mangrove island. I would stick with the security of a moving boat (have you ever tried to board a moving boat? – impossible.)

The most critical thing (as is in any Apocalypse) would be to stay calm and use the buddy system.

If it were possible, would you own a pet dinosaur?

No. I recently read that scientists are pretty sure the Tyrannosaurus Rex couldn’t roar, but I still wouldn’t own one – as I still think it would annoy the neighbors and it would be impossible to find a rental that would allow that as a pet. A more realistic dinosaur pet would be the Wannanosaurus. It is only about 2’ long, and it eats everything, which is nice. However, it would still probably be a bit feral having never seen a human before. If a newborn showed up on my doorstep, I would find it a good secluded home. 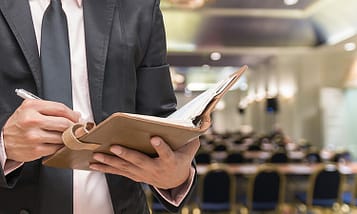 Why Virtual Credit Cards are Ideal for Event Management 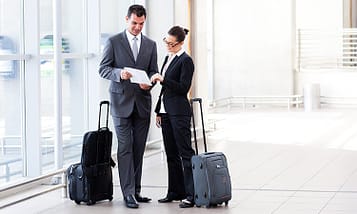 Ask an Expert: What Do Apple Watch and Wearable Technology Mean for Business