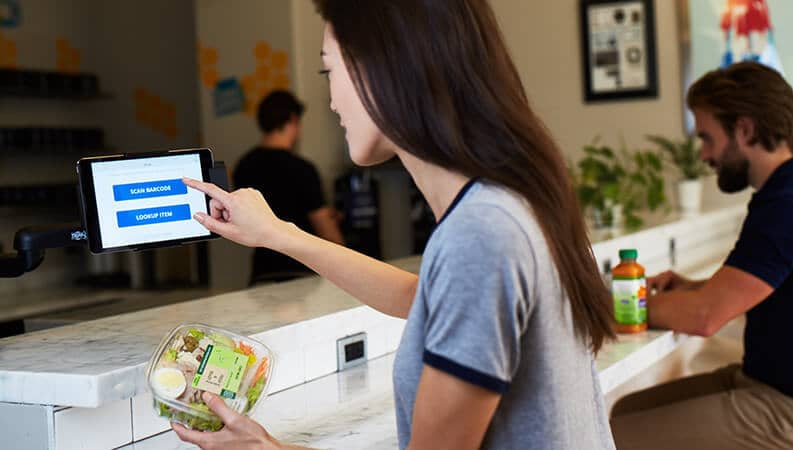 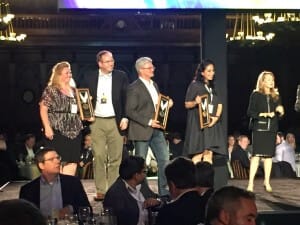 Bonita Springs, FL – During an evening that PYMNTS refers to as ‘the Oscars for payments,’ CSI globalVCard took home the silver Innovator Award for the Best POS Innovation of the year. Flanked by MasterCard (gold) and FIS (bronze), CSI globalVCard’s managing director, David Disque, accepted the award on behalf of startup Yoke Payments, a mobile app that enables both self-checkout and inventory management through one payment system, jointly developed by CSI globalVCard and Delicious Nutritious Markets (DNM).

The Innovator Awards Gala on March 17, 2016 capped off a three month process that involved the submission of over 600 nominations and thorough review by a panel of expert judges. After five finalists per category were announced last month, open voting among the payments community ultimately selected the winners, as described on PYMNTS.com: “we received thousands and thousands of votes — of which, emerged three companies in each of the 15 award categories that stand as a testament to innovations that have made a mark.”

“It is an honor to accept this award, recognizing Yoke Payments among the Best POS Innovations of 2016,” said Disque. “We congratulate all of the winners and thank the entrepreneurs behind DNM for trusting us with their vision of a mobile app that would completely transform the self-checkout process for micro markets and beyond.”

Co-founder of DNM and Yoke Payments, Michael Johnson, echoed the sentiment from his headquarters in California. “We are excited to receive this recognition after less than one year in business. We could not have done this without the expertise and mentorship of CSI and are grateful for the opportunity to continue building upon this success.”

The success of Yoke Payments is a testament to the business model behind CSI Kick Start, Inc., which seeks to fund innovative startup or stalled payment technologies. With this initiative, CEO and President Keith Stone intends to continue efforts to advance the payments industry by identifying and funding disruptive technology. Payment startups interested in learning more may connect with Mr. Stone via LinkedIn.